This morning was lovely & sunny, so we set about giving the Little Goat her six-monthly clip.  We were determined that it wouldn’t take as long as last time which was four hours of wriggling & squirming and she had developed a new habit of wincing at every snip.  She was quite happy but we were exhausted bags of nerves by the end of it! 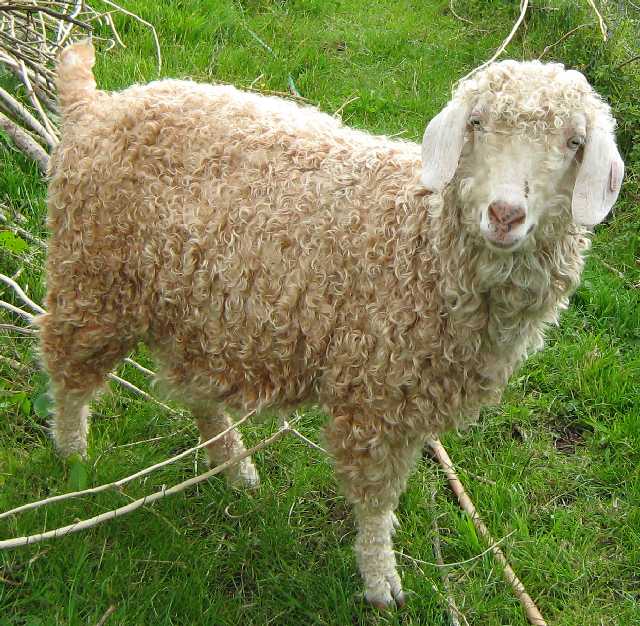 So today we borrowed a halter and tied her to the fence.  After an initial bout of wriggling, she soon settled down.  Within about half an hour we’d got so far:

Nearly at the end, but still with her hind legs and the tricky bits around her neck to do, we decided to have a break and let her go on a rampage in the nasturtiums: 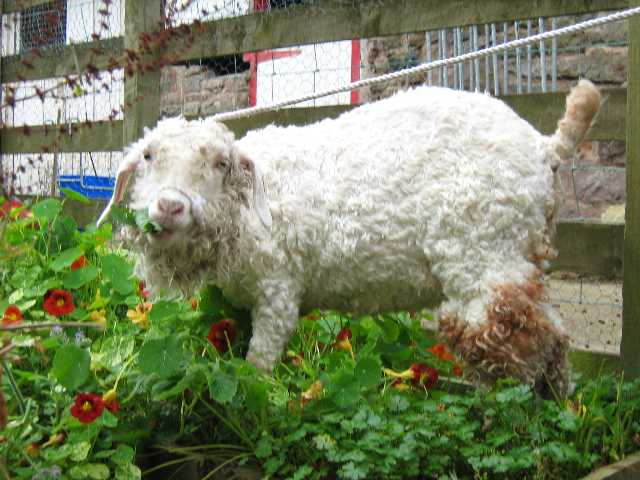 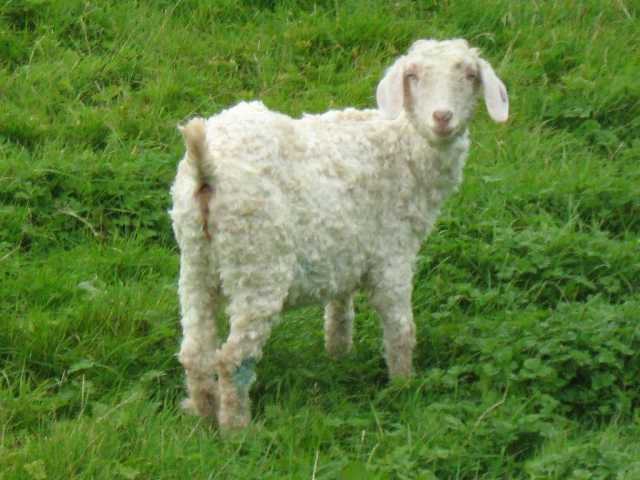 had emerged from this: 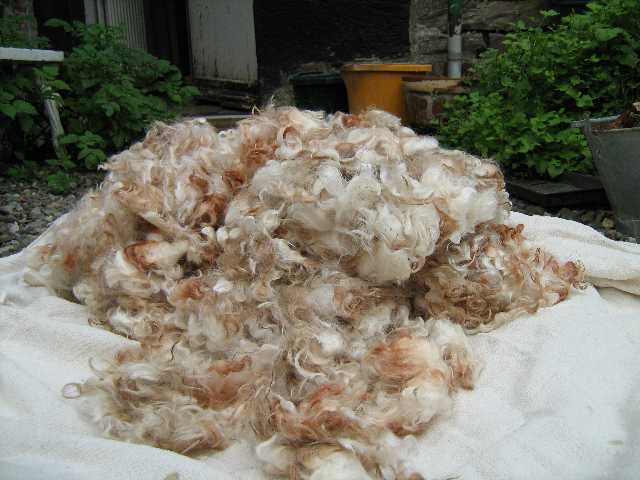 The pink bits are Finest Johnby Mud.  It will take some washing out.

The Goat! meanwhile had spent the morning contently basking in the sunshine in the paddock.  But when we let her out she was livid (probably with jealousy).  Bristling with fury (her hair was really standing on end!), she decided to beat me up as soon as Graham was out of sight.  It is a frightening thing when a goat rears up on her hind legs before a charge, especially when you know she is seriously angry.  The only thing to do is to try and grab the horns before impact and get a hold which gives pressure on the front of the neck, which I did and then had to wait for Graham to come and rescue me, because there was no way I was letting go.

The best way to placate a furious goat is this: 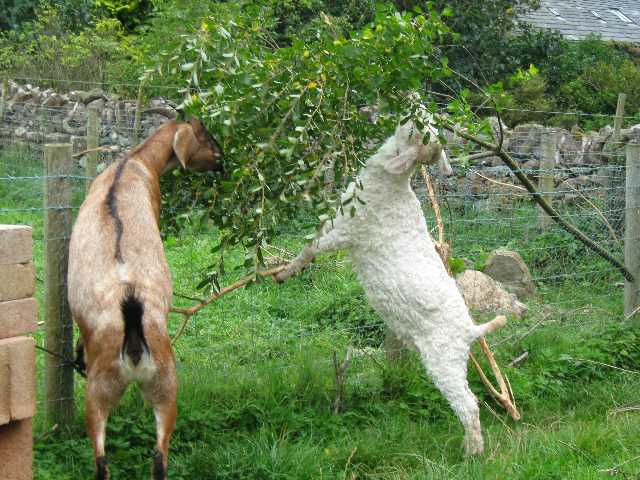 Goat Willow for Happy Goats!  All was soon well.

This afternoon, to remind myself of just what this fuss is all about, I started spinning some beautiful kid mohair.  This is from the Little Goat’s friends and relations, dyed by Jan: 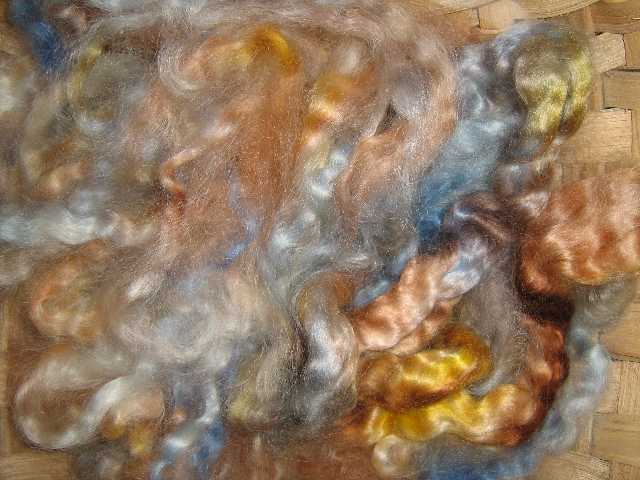 This entry was posted in Goats, Wool. Bookmark the permalink.